In the next part of our 80th Anniversary series, we talked to Chris Poland, retired CEO of Degenkolb, who reflects on bringing computers to the firm, ushering in modern practices in the 1970s-80s. 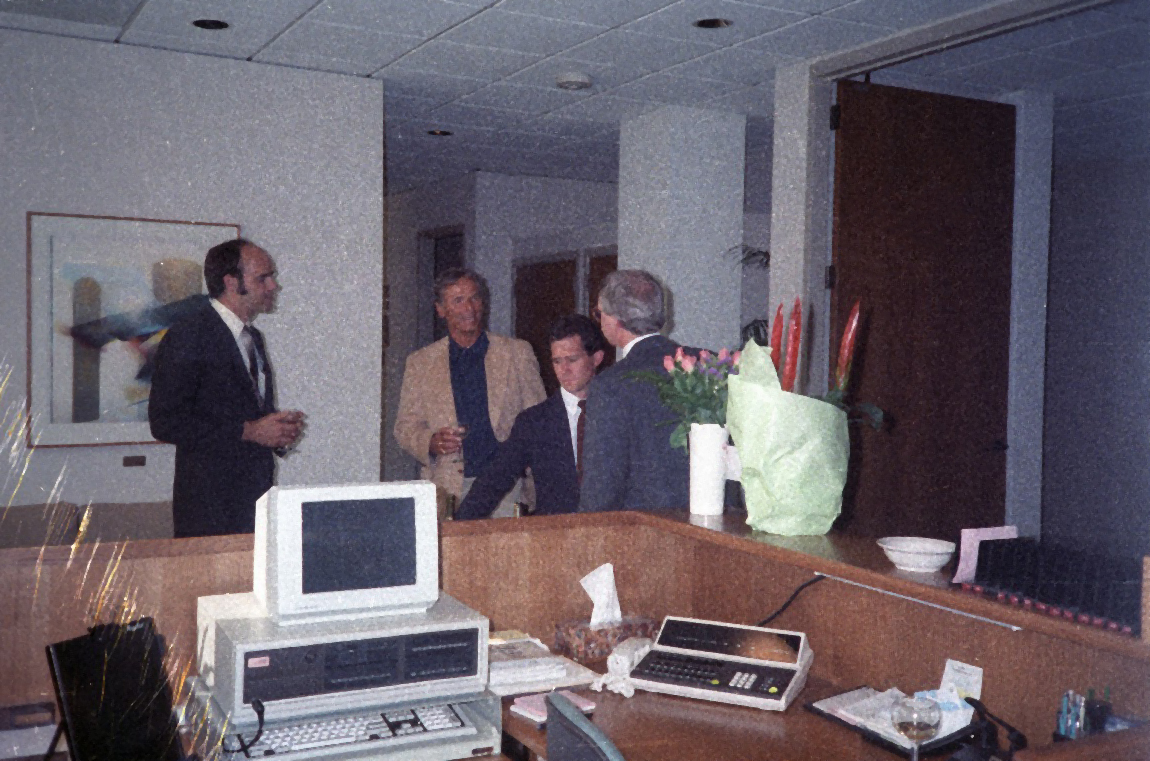 When it came to hiring interns and new grads, Henry Degenkolb’s (Degenkolb Engineers name sake partner) preference for Berkeley graduates was pretty well-known. But an engineering colleague and drinking buddy of Henry’s kept pushing him to expand beyond Cal.  That man, Larry Wise happened to be the Dean of the School of Engineering at Stanford and had a candidate in mind that he wanted Henry to interview: Chris Poland. But Chris wasn’t going in blind; the Dean wanted to make sure Chris was prepared for Henry, so he interviewed him himself first as a way to make sure Chris was ready to be grilled by Henry. The day Chris went into the offices for his in-person interview, the secretary told him to have a seat; she would inform him when Henry was ready. The pressure was immense, and when he first met Henry, Chris said he was scared to death of him. His interview was ultimately successful; in the summer of ’73, Chris was hired as an intern. He was asked back to the firm, and started his long career at Degenkolb in 1974.

When Chris initially started college, he majored in math. Math was always easy for him and he was fascinated with it. But when it came time to pick a graduate program, he went with something more practical, like structural engineering. The math and structural engineering combo led him to exploring computer science during school as well, so when he joined Degenkolb, he came in with a strong background in computer analysis of structures. This would put him respectfully at odds with Henry through the early years of them working together. Integrating computer analysis into structural engineering was in its infancy however, Chris had done computer analysis at Stanford, and brought that experience to Degenkolb. Early computer programs did not produce the same kind of analysis that is possible with modern programs, though, and the information they could provide was more limited.

At that time, Degenkolb had no computer processing abilities and outsourced any computer analysis work to an outside firm. The first year Chris worked at Degenkolb, Henry and he had numerous conversations about bringing computer analysis into the firm; most of those conversations centered around projects and whether or not computer analysis could be trusted to give an accurate picture of the building. Henry was wary—he’d spent his life studying earthquakes and their damage up close and academically. He’d tested various materials and their structural connections out at Treasure Island. All this work and experience helped him develop a strong intuition for how buildings would perform, and he wasn’t confident in the ability of computers to replicate that. Chris, however, believed that computers were yet another tool that could be used to better understand seismic forces, and pushed for their use at the firm. These back-and-forth discussions often took place on Friday afternoons, after Henry had returned from the Engineer’s Club, very chatty and ready to talk about anything, from structural engineering philosophies to the use of computer analysis in building design.

Though Chris and Henry may have butted heads, the discourse was never disrespectful. Henry wasn’t locked into his own views on something, according to Chris—if you respected his viewpoint and could talk his language, he’d listen and transition his thinking when he felt it was appropriate. He strongly believed that, when you approach a problem, you must recognize your own perception and look beyond that. Henry was willing to reach past his own experience and understanding, gather new information, and adapt his thinking. And though Chris was an ardent proponent of using computer programs to better understand building design, he wasn’t blind to their limitations. If someone were to say to Henry, “Well, that’s what the computer said,” that would have been like cursing and an unacceptable answer. When creating a computer program or developing an analysis, it is always important to understand what data the computer is given, consider the answers it puts out, and square those with what an experienced engineer knows and understands. Computer analyses always have to be put into the larger context. Henry and Chris were of two different generations and minds about using computers in structural design, and both were strong-willed engineers. Still, through respectful dialog and ongoing discussions, they managed to find some common ground that lasted for the rest of Henry’s time with the firm. Chris carried Henry’s collaborative and learning spirit through his entire 40-year career with the firm.