The 1971 Sylmar earthquake put a new spotlight on the need for healthcare buildings to withstand seismic forces. The Veterans Administration Hospital complex located in Sylmar suffered severe damage; four buildings collapsed and there was a significant loss of life. In response, the VA began working on its own stringent design standards for its buildings and healthcare facilities. According to Chris Poland, emeritus CEO (1990 – 2013), the VA really blazed the trail when it came to hospital design. For non-VA facilities, however, it was the Alquist-Priolo Act, which was modeled after The Field Act, that made it the state’s responsibility to review the plans for public facilities, including hospitals and schools. The Act also facilitated the process of retrofitting existing buildings. Henry was one of the authors of this watershed piece of legislation. However, the reviewing body, an early version of OSHPD, didn’t have the expertise to evaluate the structural aspect of essential facilities nor did the Office of the State Architect (OSA, now the Department of the State Architect). To remedy this, they contracted with structural experts, including Degenkolb Engineers, to provide reviews (OSHPD eventually built up its structural expertise).

With the Alquist-Priolo Act enacted into law, buildings needed to be constructed to a higher standard, but the building codes hadn’t yet caught up to these new mandates. So in the early ‘70s, following the Sylmar earthquake, Degenkolb found itself in an interesting position; in collaboration with the OSA and OSHPD, they and other leading seismic engineers were developing best practices and mapping out guidelines as they went along. Simultaneously, Degenkolb was also working with the VA on their new hospitals, including one at Loma Linda, which were being constructed under different, but equally (or possibly more), stringent seismic design requirements.

Healthcare design review through OSHPD has changed significantly since then; the organization has worked to build up its structural expertise (though it still collaborates with experts in the field), review processes have adapted to be more streamlined and provide feedback on a faster cycle, and new technologies have been integrated. Outside OSHPD, the building codes have been updated to reflect better building practices based on a real-life understanding of how buildings perform as well as rigorous academic seismic research. And though there is not yet a way to predict when an earthquake will strike, legislation like the Alquist-Priolo Act preempt building safety by weaving seismic performance considerations into law.

Some hospitals, however, are looking beyond what’s required now and planning and building for the needs of the future. According to Jorn Halle, Practice Area Leader for Degenkolb’s healthcare group, “The healthcare field is ripe for innovation.” In fact, he says, some healthcare groups are already thinking of ways to future-proof their facilities. A hospital built today may be expected to last for 60, 80, 100 years. “What are things going to be like in 2100?” asks Jorn.

Current events give a taste of what might be to come, such as creating flexible spaces that can be quickly adapted to provide acute care during pandemics and designing ventilation systems that can prevent the spread of viruses as well as operate efficiently during major fires (when exterior air quality is hazardous). As technology and artificial intelligence advances, how will that affect the design of buildings? For example, will the vibration control criteria of surgical floors become more stringent as robot-assisted surgery becomes more common-place? Planning for these things now—or at least designing for the possibility of facility adaptability and change—goes beyond what’s currently required in the code. But when designing a hospital that may still be in operation a century from now, this is the kind of future planning that puts Degenkolb at the cutting edge of healthcare facility design. 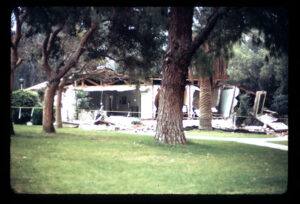 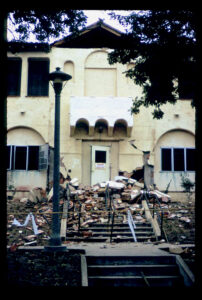 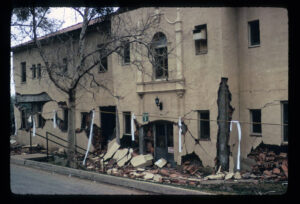 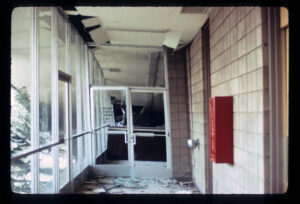