When Mother Nature Forecloses on a Property 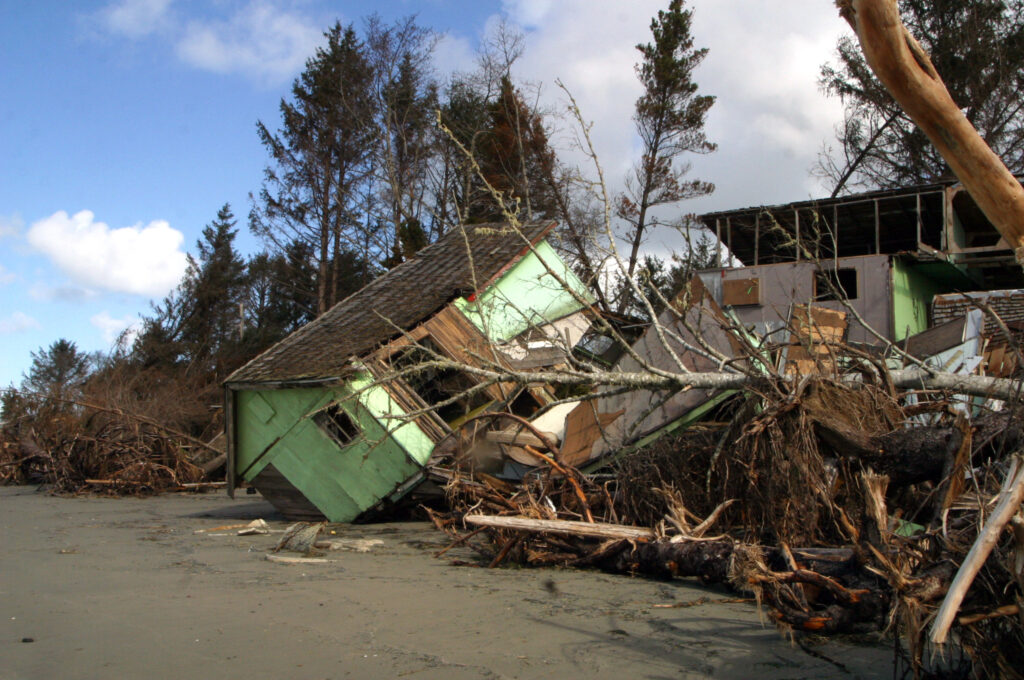 Several years ago, I investigated reported storm-related damages to a single-family residential structure near North Cove, Washington, between Tokeland and Grayland on the coast of the Pacific Ocean. It was reported that wind and erosion had caused near-complete destruction of the house. I was no stranger to storm-damaged structures, but I was not prepared for what I found.

I tried to drive to the location using my spiffy new GPS navigation system but kept encountering road closed and detour signs that appeared to be recently installed. I pulled over and got out to look. About 30 feet beyond a temporary folding traffic barricade sign, the asphalt pavement sheared off abruptly at the edge of the coastal bluff, about 20 feet above the beach below. I looked up and down the coast and saw numerous streets that terminated abruptly at the near vertical scarp of the coastal bluff. I could not help but picture the cover of Shel Silverstein’s classic collection, Where the Sidewalk Ends. 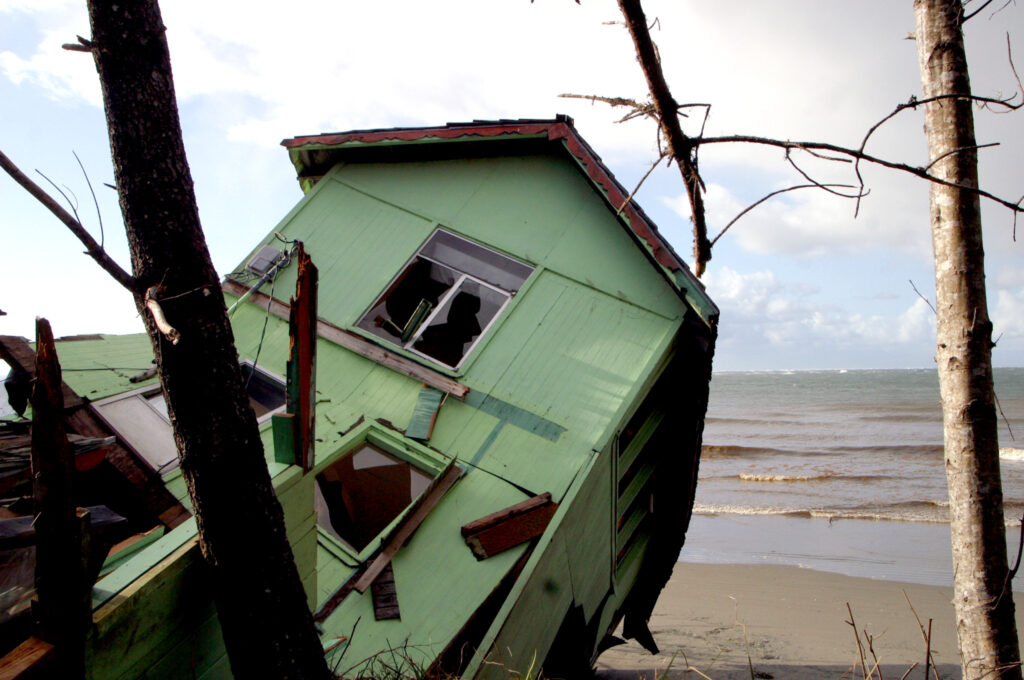 Risks of coastal erosion were well-known in the area, and other homes, businesses, and buildings had been lost in a similar way.

I returned to the car and, despite the lack of street signs and posted addresses, managed to find the house based on some old photographs and a rough description from the owner. I was astounded at what I found. The soils supporting the foundation of this house had washed out to sea and the west half of the house was resting on the beach, about 15 feet below the east half, which remained up on the bluff. The sandy soils of the bluffs were quite unstable, so I maintained a respectful distance as we documented the extent of the damages observed.

The area was a ghost town so there were no neighbors around to interview; I made a short drive up the coast to the Grayland Beach State Park, where Park Rangers at the park office informed me that particular section of beach had been nicknamed “Washaway Beach” and is one of the fastest-eroding coastlines in the world. It seems that every year the Pacific Ocean claims an average of 100 feet of coastline in this area as measured perpendicular to the shore. Thus far, the coastal erosion has claimed more than 50 houses, a lighthouse, a schoolhouse, and even a Coast Guard station.

The cause of the dramatic coastal erosion in North Cove is the erosion of the sand spit that once protected North Cove. Historic dredging and construction of hydroelectric dam projects on the Columbia River have altered the location of the drainage channel and created a condition in which southerly storm waves break close to the shore, greatly eroding the beach.

Solutions considered to help protect the coastal communities in this region have trended away from the use of larger rip rap and other rigid armoring techniques in favor of an approach called “dynamic revetment,” in which a band of cobbles (3- to 10-inch diameter stones) is utilized at the base of the bluffs to absorb wave energy. The results of utilizing cobbles for dynamic revetment have been measurable and impressive, slowing erosion to rates as little as 30 feet per year in 2017 and zero in the 2018 – 2019 storm season.

While it was too late for the dwelling I was sent to investigate and for most of the property on which it was constructed, dynamic revetment is proving itself to be an effective mechanism for delaying the effects of coastal erosion in this region.