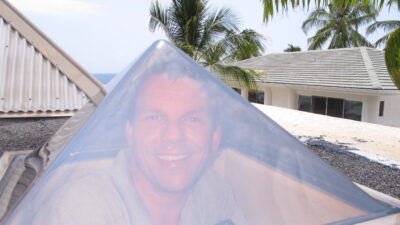 Why did you go into Engineering?

I have always been interested in mathematics, chemistry, and physics, and chose engineering as a career based on those interests. I chose to specialize in forensic engineering for the variety of investigations in which I get involved and the balance of field and office work. Reliance on first principles of chemistry and physics commonly points us in the right direction, even in the most complex of failure analyses.

I was in an episode of the television show This Old House where I demonstrated load testing of epoxy-grouted anchors to Norm Abram.

Question of the Day

Trey Anastasio is my favorite living guitarist - I still make time to catch his shows whenever he's playing nearby.

What hobby would you go into if time and money weren’t an issue?

I think I'd like to learn to build custom bicycle frames. As a bike geek, there are a lot of design ideas I'd love to play around with, but I might need another garage.

Article
When Mother Nature Forecloses on a Property
Read More