How I Found Myself Upside Down in A Dumpster

When I visited the site, I saw that all the cubicle furniture and carpet flooring had been removed from the roughly 50-foot by 50-foot square room. Additionally, the four acoustic tiles around the failed sprinkler were missing. The building manager told me that the four panels had been found on the ground the morning after the loss and were thrown in a dumpster at the back of the building.

I documented the existing conditions of the room and took a very close look at the failed sprinkler head. The mercury link for the fixture had been replaced and the fire protection system for the building had been reset and was properly functioning. I noted no evidence of distress on the surfaces of the fixture or long-term corrosion on the pipes and/or fittings. The pipe support hardware, the roof framing, and the surrounding building systems appeared intact and properly functioning. So, how did this single fire sprinkler in the middle of a conditioned office area fail? Where was my “smoking gun”?

I decided to check the dumpster at the back of the building. I needed to see the ceiling panels around the failed sprinkler head. I swallowed my pride, reflected on my desire to find the real cause of this loss, and did some dumpster diving, which is ultimately how I ended up upside down inside the dumpster. Thankfully, my efforts paid off! Under plastic sheeting and some carpet rolls, I found three of the four ceiling panels. They were tattered and damaged, but I was able to reassemble them on the ground next to the dumpster. Extending across two of the three panels, adjacent to the location of the fire sprinkler, were a series of black crescent-shaped shallow grooves in the acoustical panel surface. How and when did these Nike swoosh shaped markings get on the ceiling panels?

I returned inside where I met with the manager in his office and asked more questions about the building. Inside his office, the gadget-loving engineer in me immediately noticed a large remote-controlled helicopter sitting on the floor. The manager explained that several employees would fly the helicopter in the parking lot during lunch and, when not in use, it was normally stored in the damaged office area. The helicopter and its controls were found on the floor the morning after the sprinkler failed. I took a closer look at the helicopter and noted a white residue along the leading edges of the rotor blades.

Following this lead, I asked the manager if any employees were in the building when the fire sprinkler failed and he said no; he had been the last to leave the building earlier that evening. I then asked him if there is a cleaning service for the building and immediately his eyes popped wide open—something had clearly clicked for him. The manager accessed the security system for the building and found that around 10:30 pm on the date of loss, someone had accessed the building. The manager contacted the cleaning service company and they admitted that the employees in the office that night had been playing with the helicopter inside the office area when it flew out of their control, impacted the ceiling, and hit the fire sprinkler, which then triggered the fire suppression system.

This investigation shows that forensic engineering is about more than a single discipline; it’s about following clues, interpreting their meaning, and testing hypotheses. Whether the cause is obvious—like a tree has fallen through a roof or a car has gone through a wall—or harder to determine—like what’s causing mold growth inside a window—the first step in determining the cause is collecting evidence and making observations. With a little extra “diving” effort, asking pointed questions, and following the evidence, a forensic engineer can successfully determine the cause and origin of damage, even when it’s unexpected! This was one of those times. 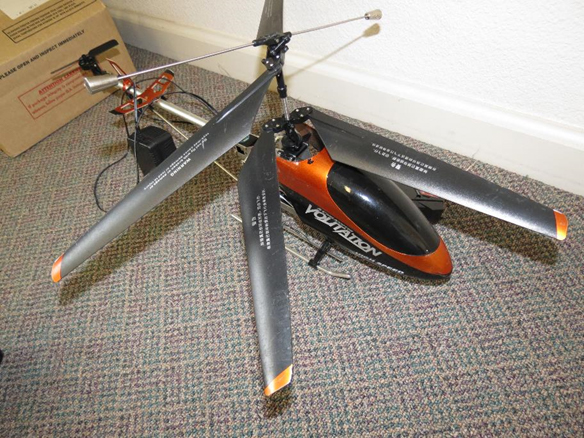 The culprit was hiding in plain sight. 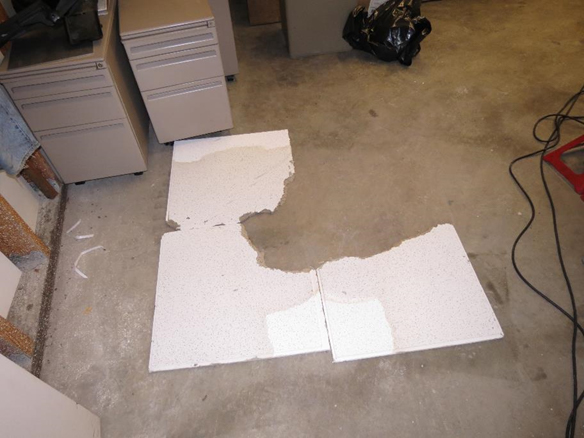 After a quick dip into the dumpster, the pieces began to fall into place. 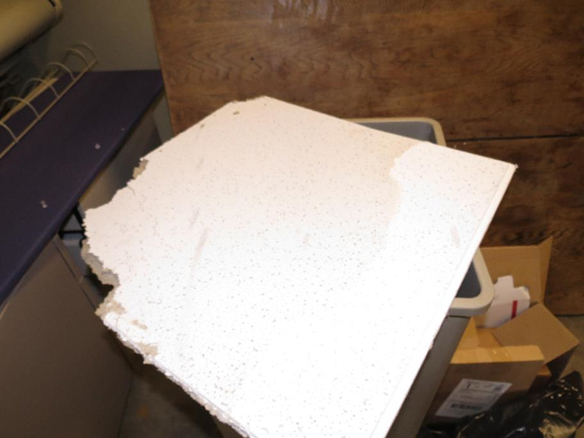 Article
Breaking News: City of Oakland to become the next city to implement a mandatory seismic ordinance
01.30.2019
Read More