At 6:00 in the morning on February 9, 1971, an earthquake occurred in the foothills of the San Gabriel Mountains of Southern California, affecting areas around the greater Los Angeles area, particularly Sylmar and the San Fernando Valley. Lasting about a minute, with 12 seconds of strong ground motion detected by seismograms. It was the first major earthquake to hit the region since the 1933 Long Beach Earthquake, and was the most documented event at that time thanks to a dense network of 241 seismometers. One seismometer installed at the Pacoima Dam recorded a peak horizontal acceleration of 1.25 g, which was more than twice what had ever been seen during an earthquake before. 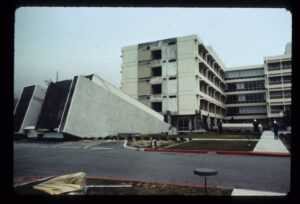 When it hit, the newly constructed Olive View Hospital, which had only been opened 6 weeks earlier, sustained significant damage; four buildings at the Veterans Association Hospital complex completely collapsed, causing significant loss of life. The upper and lower Van Norman Dams were severely damaged, and 80,000 people were evacuated because the lower dam was close to breaching. Highways and freeways throughout the area were affected when sections of bridges and exit ramps collapsed. School buildings were also damaged, but the ones that had been constructed or reinforced after the Field Act went into effect (following the 1933 Long Beach Earthquake) fared far better than those that hadn’t.

In 1971, Degenkolb was a 20-person firm. Located in San Francisco, over 300 miles north, no one working at Degenkolb at the time felt the ‘quake, but they certainly heard about it. Henry Degenkolb was invited almost immediately to visit the Olive View Hospital, but he was unable to go at that time, so Loring Wyllie went instead. His first trip primarily focused on the hospital, but he returned on subsequent trips, visiting numerous Woolworth’s department stores throughout the LA area, as well as a water filtration plant on the shores of upper Van Norman Lake.

It is the water filtration plant that really stands out in Loring’s memory, however. While visiting the Jensen Water Filtration Plant, Loring was asked to inspect a damaged water reservoir. Constructed essentially as a rectangle, with the sides below-grade and top level (or ceiling) level with the ground, the facility had sustained heavy damage. During construction, the contractor had piled up to 6 feet of dirt on top of the concrete ceiling to prevent buoyancy (when empty, these types of structures tend to “pop” out of the ground due to lateral and upward forces). After the earthquake, they set up scaffolding inside the reservoir to see what condition it was in. As one of the engineers there to see the facility and document the damage, Loring climbed up the scaffolding to the roof of the reservoir. As he stood on wiggly scaffolding, in the dark, with broken rebar sticking out at odd angles, thousands of pounds of damaged concrete and loose dirt above his head, his knees started shaking when he made an alarming but intriguing observation: the 500-foot-long concrete slab roof had slid back and forth in excess of 2 feet during the earthquake along a construction joint. After making his observation and documenting the conditions, Loring was happy to climb safely out of the water reservoir. 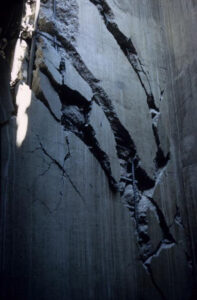 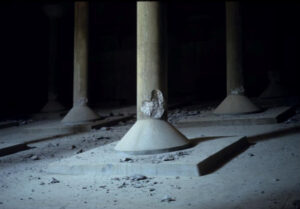 He went inside a large water reservoir to assess damage. 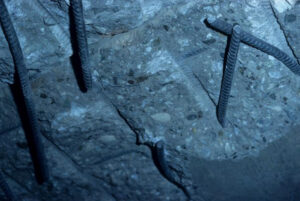 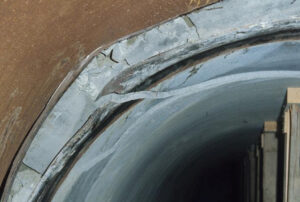 Today, the water reservoir is still in use after having been fixed.

The Sylmar Earthquake upended the general understanding of how powerful an earthquake could be. In the case of schools, it also provided an opportunity to observe the positive results of the Field Act; schools that had been reinforced under the Field Act (authored, in part, by Degenkolb Founder John Gould) performed better than unreinforced buildings. As a result of the Sylmar earthquake, significant changes were made to the building codes and to how healthcare facilities were built, ultimately setting off the formation of OSHPD. Read more about this in Part 2 of our series on the Sylmar earthquake. 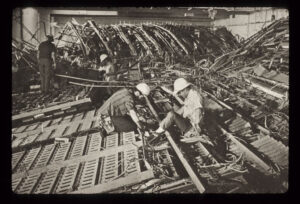 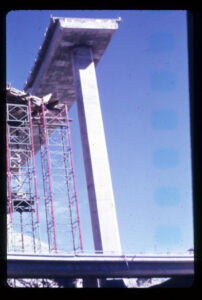 Transportation infrastructure was significantly damaged around the Los Angeles area. 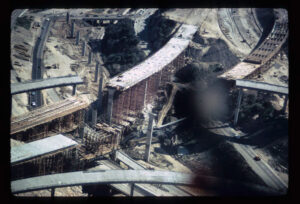 Bridges and highway exits collapsed during the earthquake. 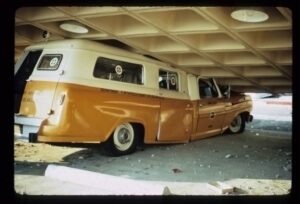 The hospital had only been open 6 weeks at the time of the earthquake. 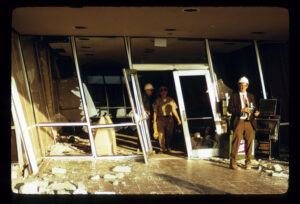 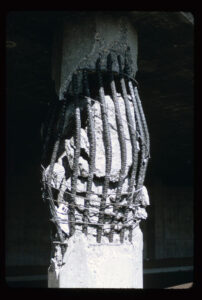 Non-ductile concrete, in particular, performed poorly during the earthquake.