Pictures coming from Mexico continue to show damage throughout the city 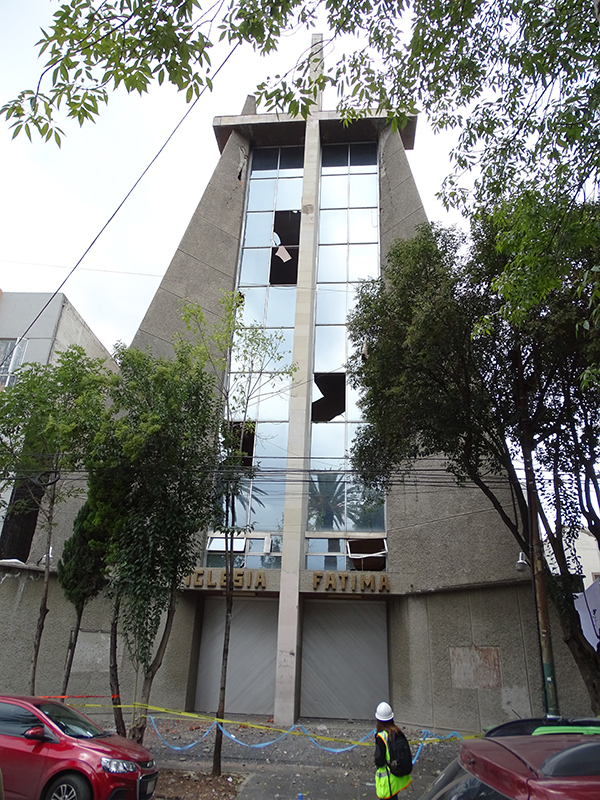 Damage to glazing and infill masonry at a church structure. 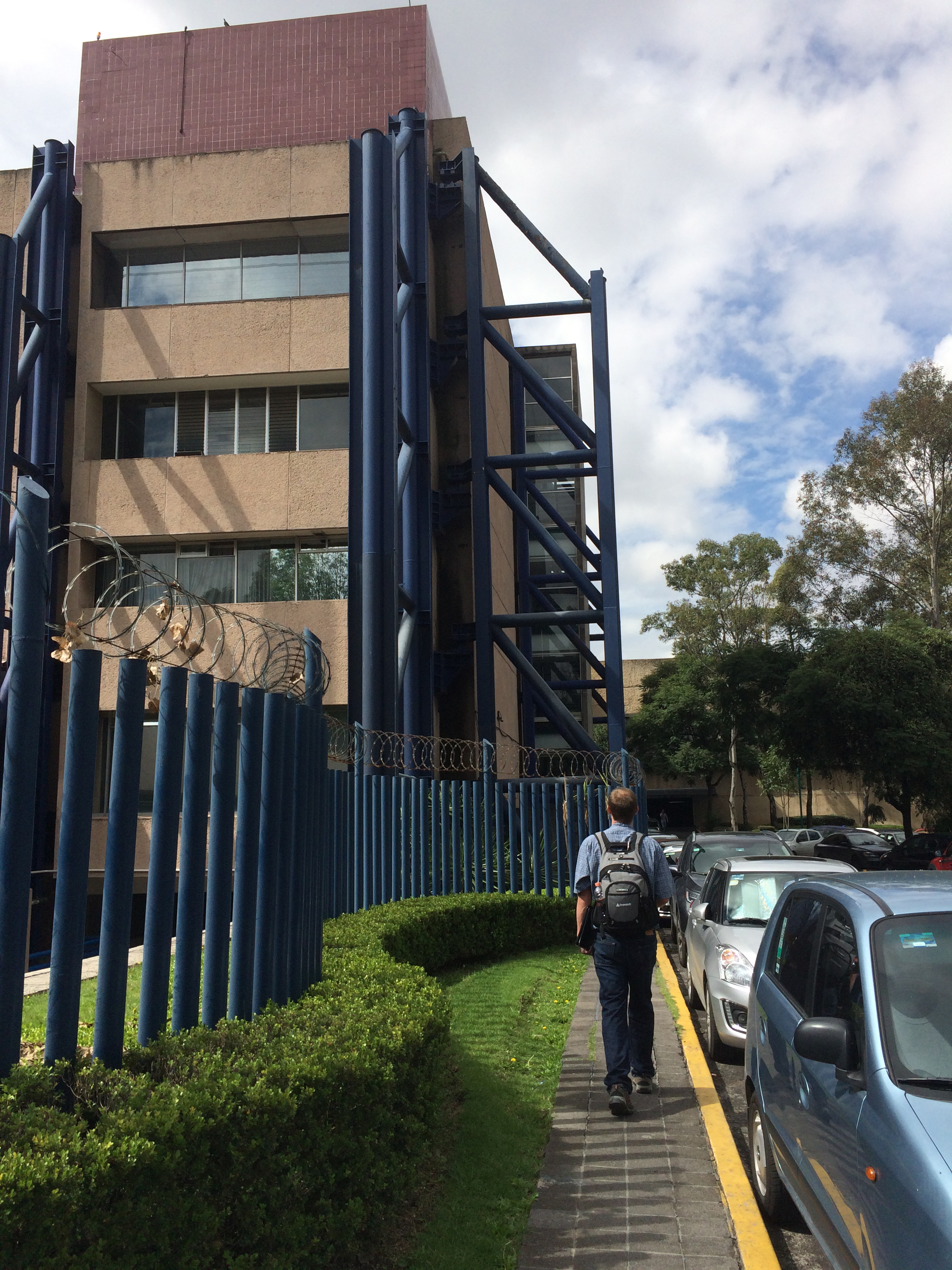 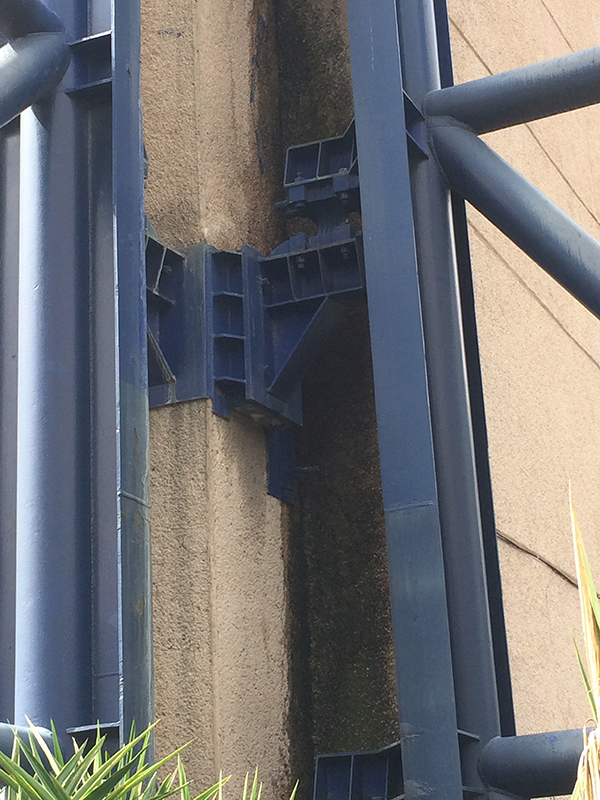 Existing hospital building with an exterior steel buttress retrofit. Vertical steel plates are used as a seismic “fuse” to help dissipate energy. From the outside, no damage was observed. 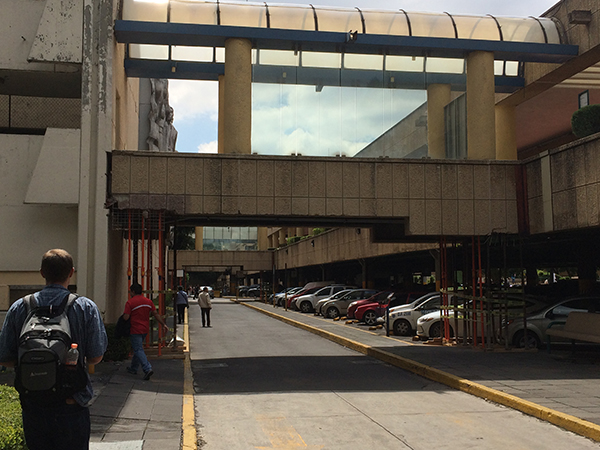 Connecting bridge between a parking structure and a hospital building is supported with temporary shores, due to damage at the connections. 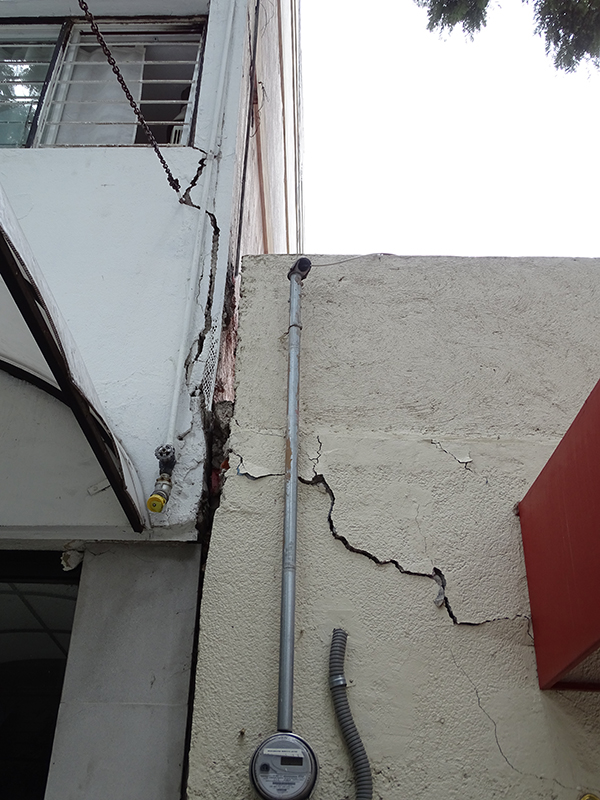 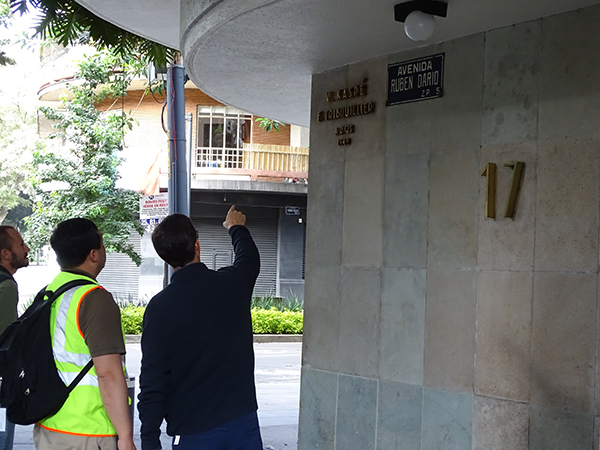 Members of the Degenkolb Team and a local architect, observing one of the historic buildings designed by the famous architect V. Kaspe F. Tribouillier. 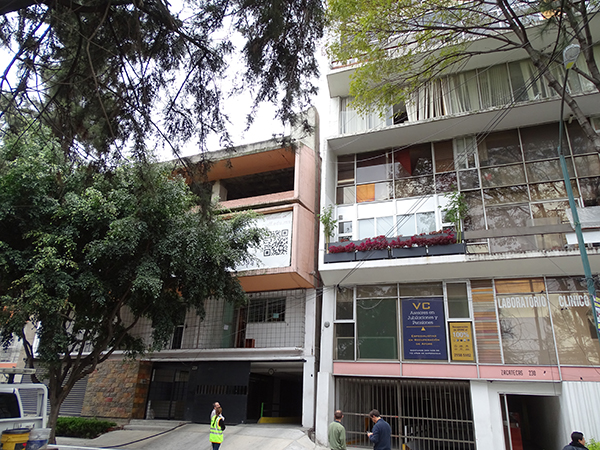 The twin buildings –These buildings were essentially built as “twins”; however, after the 1985 earthquake they both sustained heavy damage. The building on the left had the upper 4 stories removed as part of the retrofit; and its twin on the right was retrofit with interior steel braces (based on conversations with the owner) 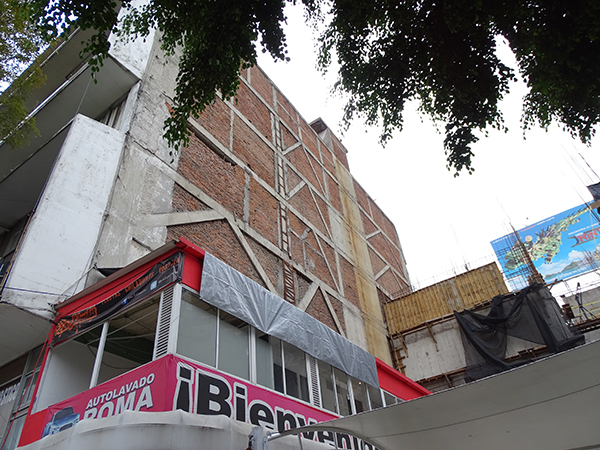 Photo shows the common practice of using diagonal concrete braces, with infill masonry. Note that some of the concrete columns have been retrofit with steel plate and angle jackets. 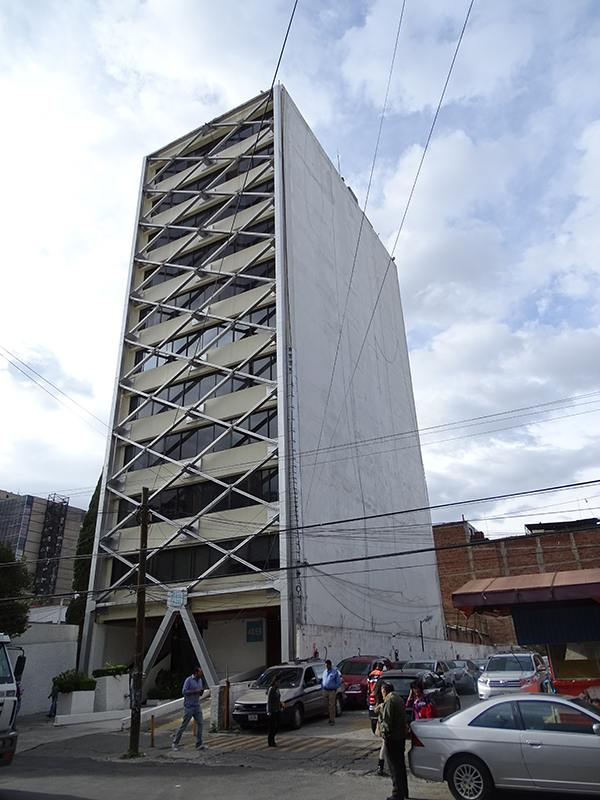 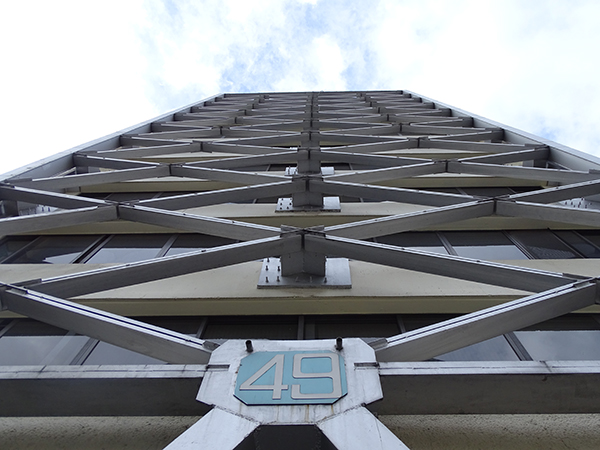 Known as the “Durango Building”, this structure was Retrofit prior to the 1985 earthquake (via the exterior steel braces and columns). We understand that it was not damaged in the 1985 earthquake, and from our exterior observations, we did not see any damage due to this earthquake. 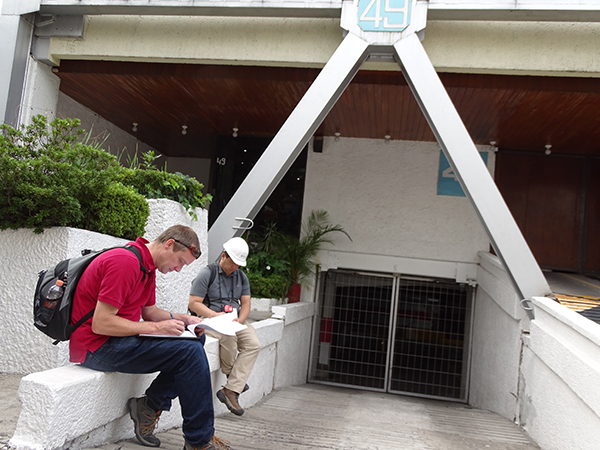 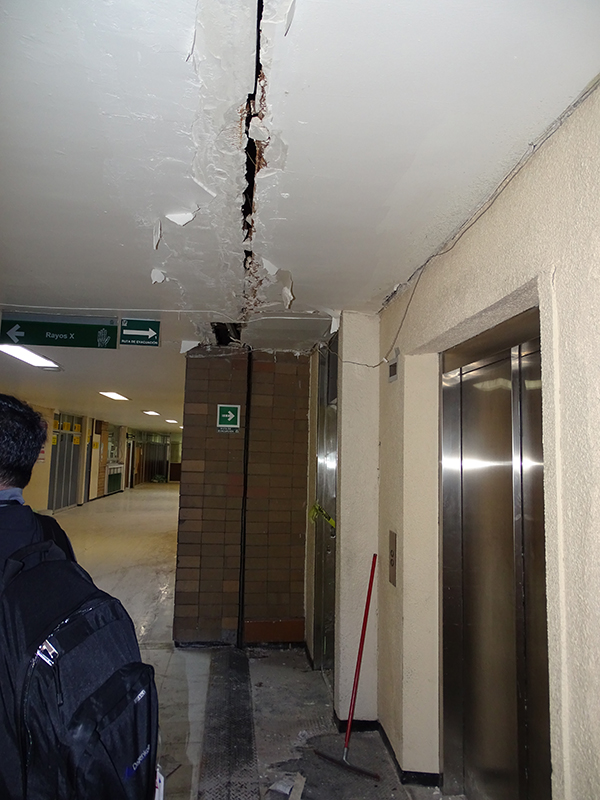 Ceiling damage at a seismic joint. Floors and wall framing utilized seismic joint detailing; however the ceiling did not. 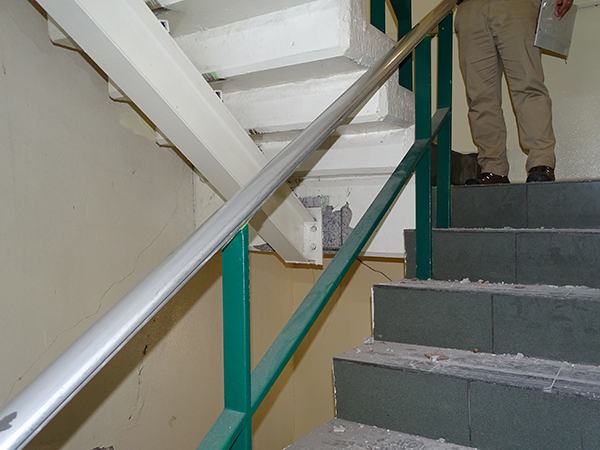 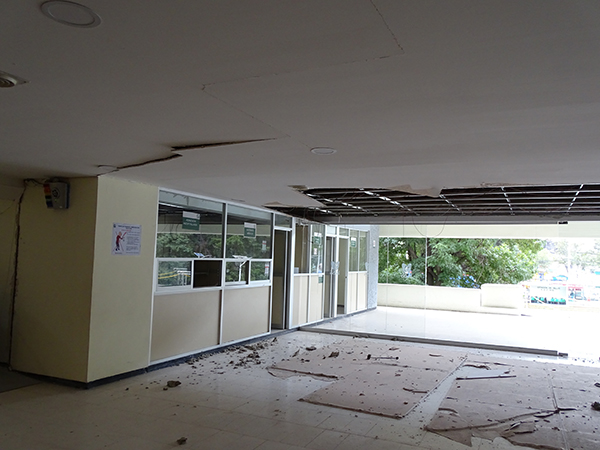 Partial collapse of a hard lid ceiling at a large interior space. Ceiling was framed via hat channels and C-channels; however, no seismic bracing wires or compression struts were utilized. 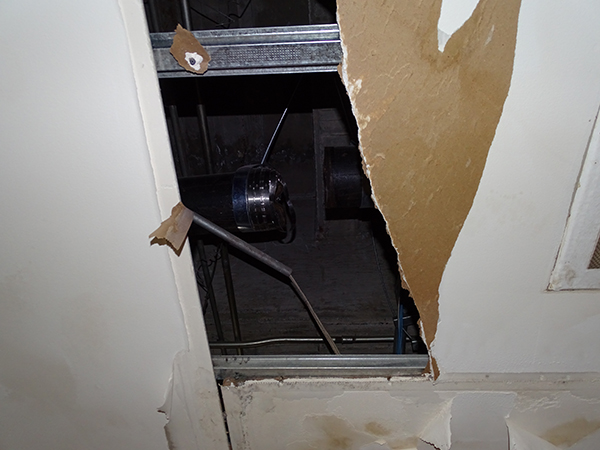 One of the few distribution system failures observed by the team. The disconnection of a roof drain pipe at a joint. Resulted in rainwater entering the space. 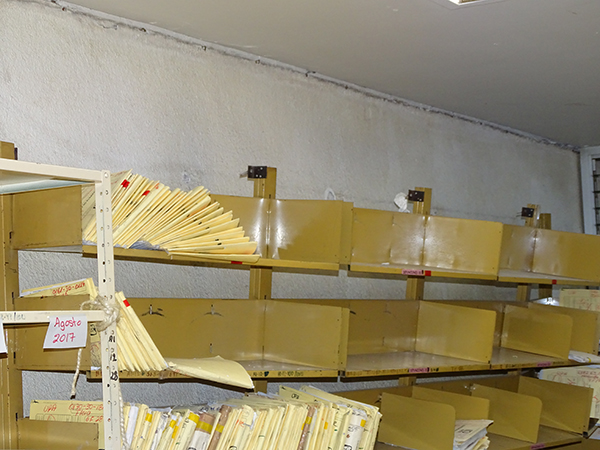 “Anchored” file cabinets leaning precariously over. Cabinets were anchored to the infill masonry walls with only drywall screws. 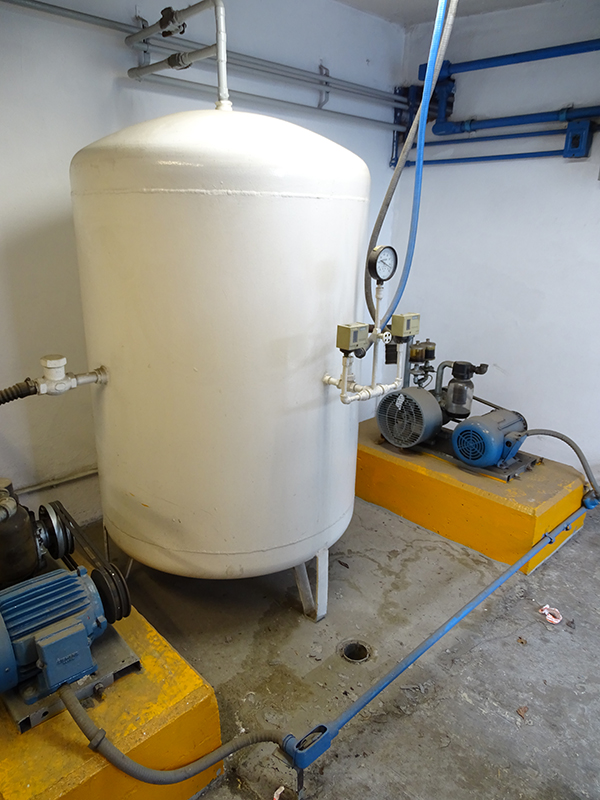 Un-anchored Compressed air tank did not show signs of sliding or movement. 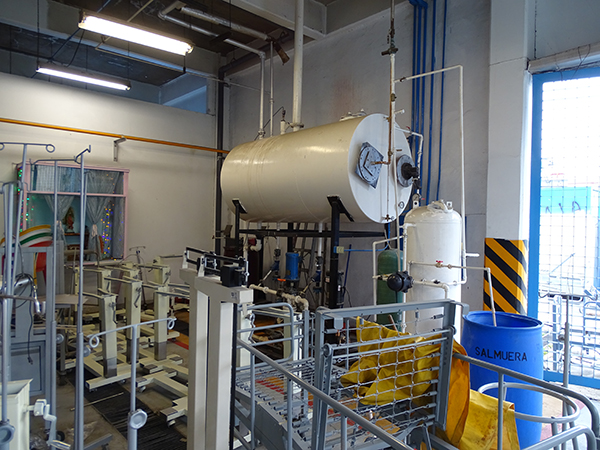 Un-anchored DA tank did not show signs of sliding or movement. 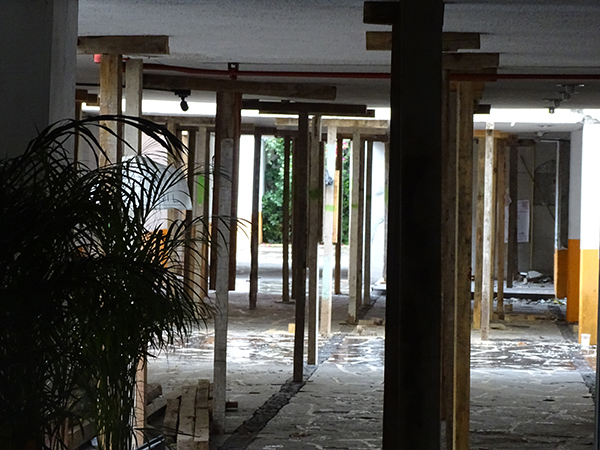 Temporary shoring supports used at the first level of a multistory condominium building. Although damage to the exterior of the building could not be observed, one column at the lowest level had experience structural damage. 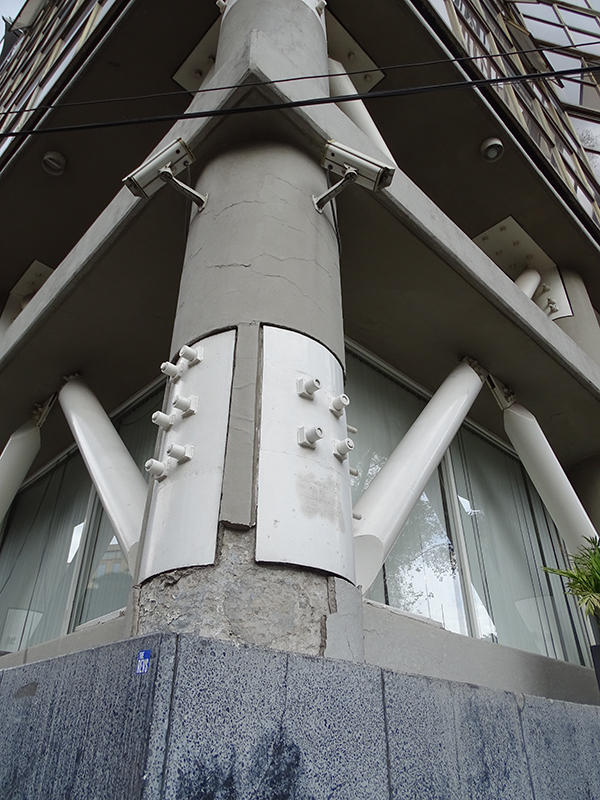 Multi-story concrete frame building retrofit with steel braced frames. No damage to the structure could be observed from the exterior.

Article
Interning in the time of Coronavirus
10.14.2020
Read More