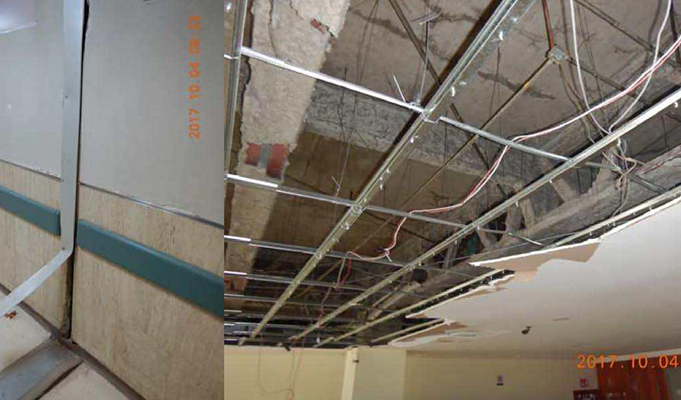 To learn from EQs, Degenkolb visited a damaged hospital located in Mexico City.  The hospital was closed after the earthquake and the patients evacuated within an hour of the event.  Built approximately 40 years ago and prior to the 1985 earthquake, the concrete wall structure handled the earthquake well, with limited damage. Often, the operation of a hospital can hinge on how its non-structural systems perform.

Examining systems in the central plant of the hospital we noticed that only limited pieces of the mechanical, electrical, and plumbing equipment were seismically braced, but did not have any damage.  Piping systems within the central plant were also undamaged.  Could the hospital have have had more damage if the event had been bigger or the earthquake shaking different? The Hospital will be closed for the next 12 months as they repair and return the facility to operation.

Article
The Structural Engineering Office of the Future
07.10.2020
Read More