It almost goes without saying that Mexico City is huge. We’ve also found it largely undamaged, even in the immediate vicinity of collapsed buildings. The loss of life is tragic and perhaps could have been avoided, but overall we’ve seen a city returned to life two weeks after the earthquake. 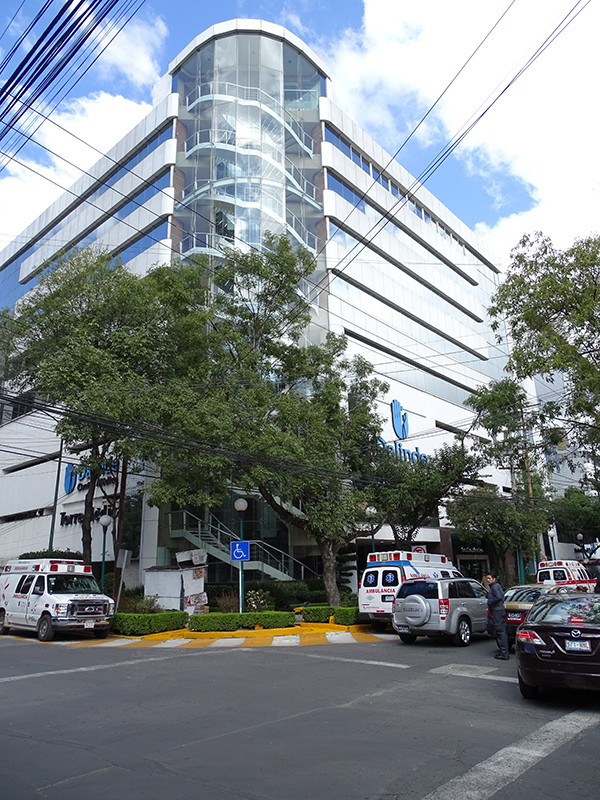 We spent Day 2 visiting hospitals to set followup appointments and walking some of the neighborhoods that have received the most media attention — Roma and La Condesa. While these neighborhoods are clearly more affluent than the middle-class neighborhoods we visited on Day 1, the patterns of damage are similar. The most widespread damage is nonstructural — cracking and spalling of plaster and glazing. These create falling hazards but in many cases the building structure is intact. In some cases it appears that buildings have been evacuated and closed due to nonstructural damage. 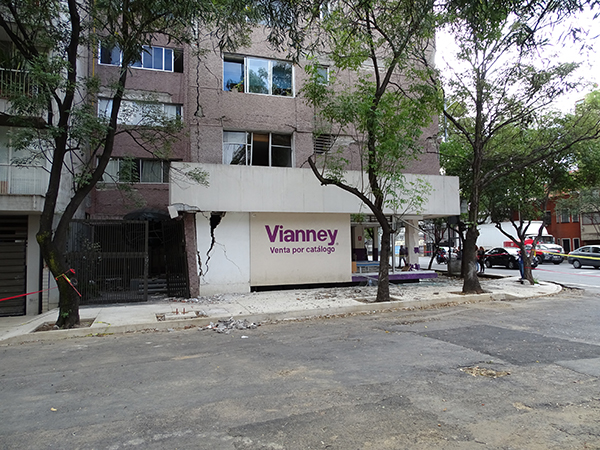 Unlike the experience in Christchurch where much of the central business district was shut for months, the street closures for damaged and collapsed buildings are in residential neighborhoods and the closures are much smaller: the space in front of a specific building or a few blocks at most. Many of the closures around collapsed buildings have homemade signs requesting no photos be taken out of respect for the victims. Every neighborhood we’ve walked through also has many signs for meeting places and for places where help is offered.

Mid-rise masonry infill buildings have gotten much of the attention since they sustained the most damage, but there are also many concrete wall buildings, steel moment frames, and steel braced frames, particularly for newer buildings. The concrete walls can be massive, and in the buildings under construction appear to be heavily reinforced with boundary reinforcement and closely-spaced ties. In many of the steel frame buildings, each bay has bolted end plate moment connections, somewhat similar to older US construction with more distributed frames. Construction here is built for strength, and we understand that this is reflected in the building code with relatively low ductility factors. 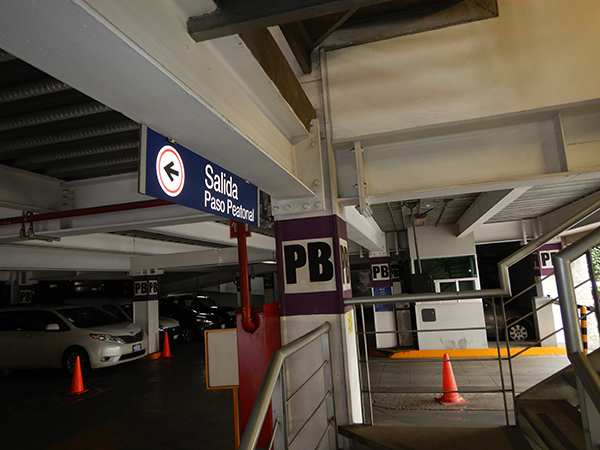 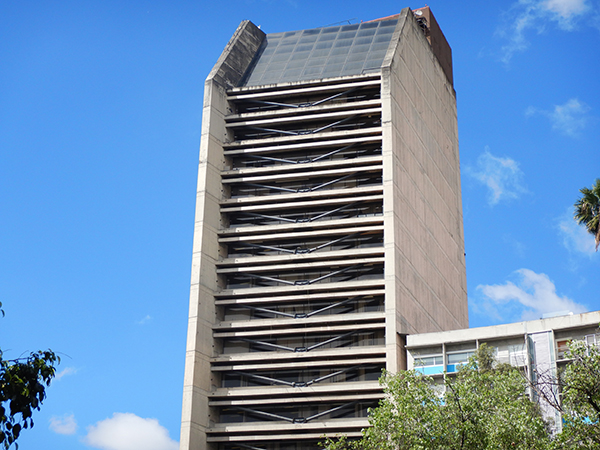 Given this construction, many buildings likely have more strength than required by code, so the vulnerabilities come from irregularities rather than a lack of strength or ductility.  But we have also seen many buildings that would not pass ASCE 41 checks that performed well. Whether due to internal frames that may not be visible from the street, vagaries of soil and ground motion, or other factors is difficult to say. 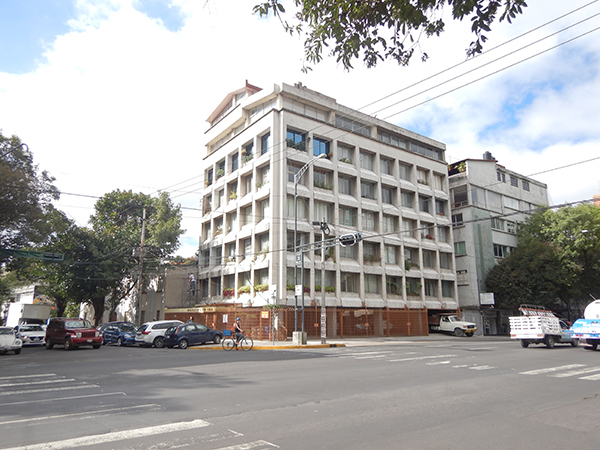 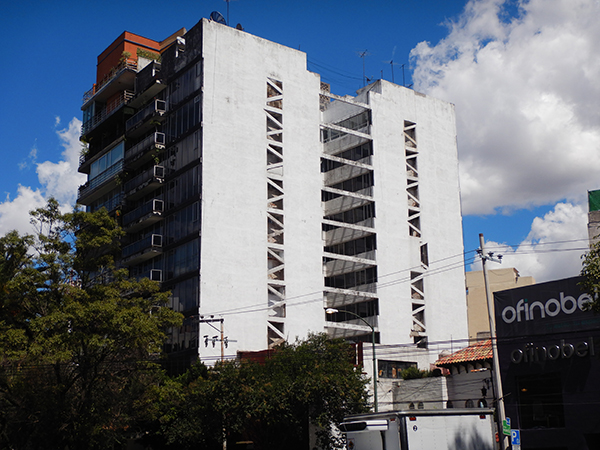 Based on the ground motion data, this was a design-basis event for many parts of the city, particularly in the transition zone from lakebed to firmer soils. While the construction types and soil amplification issues are different, the amount of damage is not terribly different from what we might expect in the US in a design-basis event. Our codes may allow even more damage at the design basis ground motions albeit with the intention of preventing fatalities. However, just as in Mexico City we have a building stock that of varying eras of construction and quality. We know that many types of these existing buildings are vulnerable to earthquakes, particularly the older masonry and non ductile concrete buildings that are similar to the construction in Mexico City.

Article
What You Should Know About Embodied Carbon
09.20.2021
Read More