80 Years of Excellence: Henry Degenkolb as the Life of the Party

In part 3 of our 80th Anniversary series, we talked to Paul Degenkolb, Henry’s son, about what it was like growing up with a structural engineer as a father. 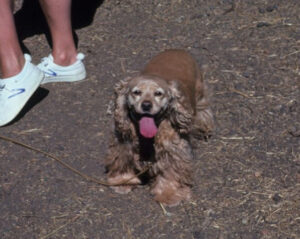 Henry Degenkolb was, as Paul describes, a bit of a Renaissance man. He built radios, worked on cars, built wood shop projects like bookshelves, tables, etc. He was very well-read and took an interest in a wide variety of topics. But at home, he was a somewhat serious man. Paul recalls one time when Henry’s curiosity took an endearingly philosophical turn. Paul and his wife, Michele, were at Henry and Anna’s home socializing. Henry, cigar in hand, and Michele, with a cocktail, were sitting in the living room watching Lady (Henry and Anna’s dog) and Knicker (Paul and Michele’s dog) play together when Henry turned to Michele and asked if she thought dogs talked to each other. By the end of the conversation, they both agreed that dogs do, in fact, talk to each other, and both were laughing, thoroughly amused by the direction of the conversation.

When Paul and his wife, Michele, decided to get married after nearly three years of dating, Henry’s response was “It’s about god-damned time!” When Henry, who loved throwing parties, found out that the date was set for February 29, he was dismayed. “That’s 16 months away!” 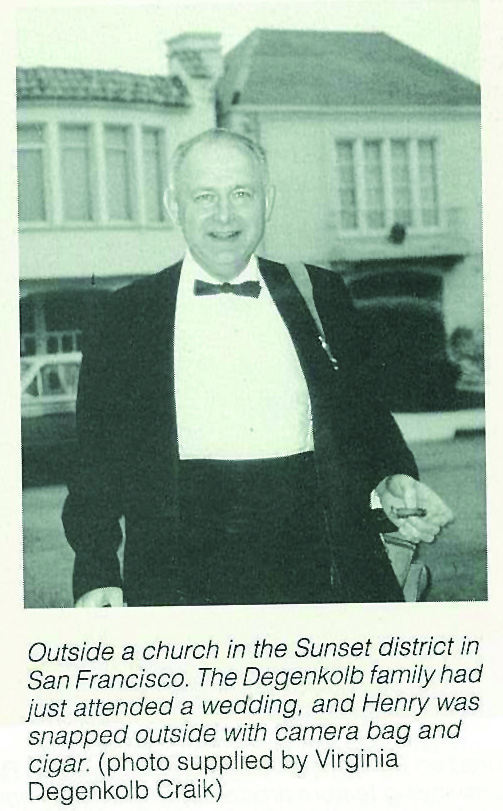 Henry and his wife Anna were known for throwing parties semi-regularly. As part of the family, Michele started attending them and meeting guests. At that time, Michele was a Biopsychology student at UC-Berkeley and had taken several engineering classes. She eventually went on to San Francisco State University, where she earned a degree in engineering with an emphasis in mechanics (the equivalent of a mechanical engineering degree). She often socialized with other engineering students, whether for fun, in class, or to study. When she told her friends about one of these parties and who was in attendance, her friends gave her a hard time, insisting the people she was naming didn’t really exist – they were just the names of textbook authors. But these authors of engineering textbooks were indeed guests, peers, colleagues of Henry’s, and they frequently socialized together at Henry and Anna’s house. For a man like Henry Degenkolb, it should come as no surprise, though, that his cocktail party guests were the ones literally writing the textbooks on the engineering subjects – it was in his nature to cultivate these relationships and networks with fellow engineers.

Article
Getting to know the Degenkolb summer interns
08.30.2019
Read More