Throughout the month of April, Degenkolb is celebrating 80 years of structural engineering by taking a look back at our founder, Henry Degenkolb. We talked with people who knew and worked with him, and present those stories here. Part 2 of the 80th Anniversary series is a continuation of James Malley’s recollections of Henry and his contributions to the field of structural engineering.

At the start of Henry’s career, the last “Big One” had been the San Francisco earthquake in 1906. Henry and his contemporaries could look back at those buildings and see what had performed well and what hadn’t. Over the course of his career, the way buildings were constructed changed, such as going from riveted to bolted steel connection. Henry studied what had worked well and applied those elements to emerging methods and building construction practices. 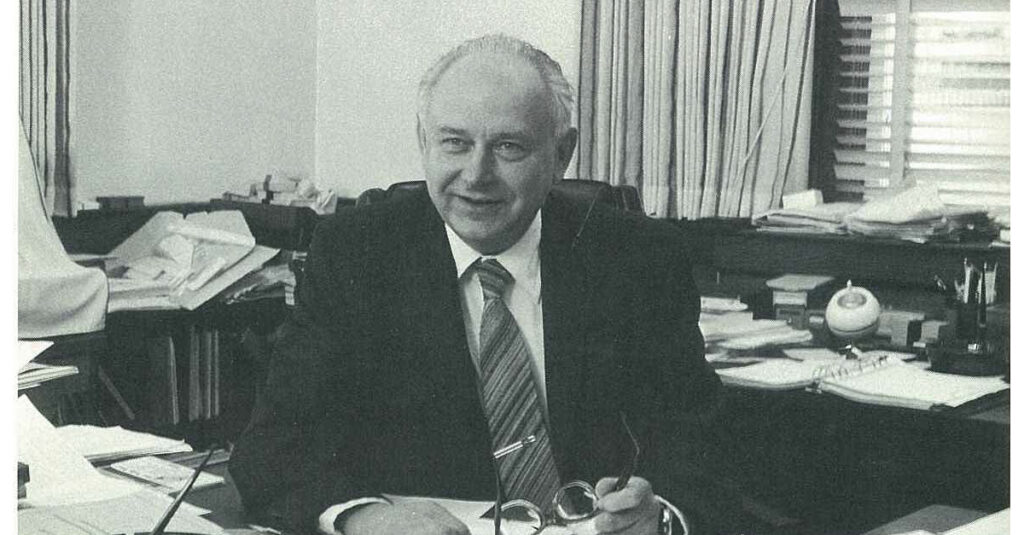 In fact, the bolted steel connection became one of Henry’s favorites. But in the early 70s, testing was carried out on the seismic performance of welded connections, which were becoming more popular as a less expensive alternative. By the mid-80s, looking to codify the welded connection approach, the engineers writing the codes decided to add a penalty for using the bolted steel connection design. Henry was outraged. He was convinced the bolted steel connection was just as good and undeserving of the penalty these engineers sought to publish in the code books. He wrote a four-page letter to the Structural Engineers of California campaigning against the penalty. He began the letter with a preemptive apology; the language in his letter wasn’t his usual diplomatic self. He advocated that the steel bolted connection system not be penalized and outlined what he anticipated to be potential problems with the welded approach. Despite his passionate plea on behalf of the bolted connections, the code-writing committee proceeded.

It wasn’t until years later, after the 1994 Northridge Earthquake, that Henry’s predictions about the weaknesses in the welded system turned out to be true. Sadly, he’d passed a little more than four years earlier in late 1989. But he’d been right after all; there were, in fact, problems with the welded system and the Northridge earthquake brought those deficiencies to light. Since then, those have been corrected. Henry’s brilliant understanding of engineering and how forces flow through a building panned out accurately in his predictions about problems with the welded connection details.

These predictions highlighted Henry’s deep intuition for structural engineering and how a building should be put together. He had an extremely well-developed sense of how structures would perform during an earthquake. He understood the importance of the load path, how the forces go through the structure, and how to design something that effectively resisted those forces. Throughout the years, the amount of seismic performance analyses and data that can be gleaned from buildings has grown dramatically. There’s so much more information that’s available to engineers today than there was during Henry’s career. He was careful not to always take numbers at face value. Data can give insights, but he believed it was important to step back from something and ask, “is this performing the way we expect?” He liked to dig into something and understand it at a deeper level.